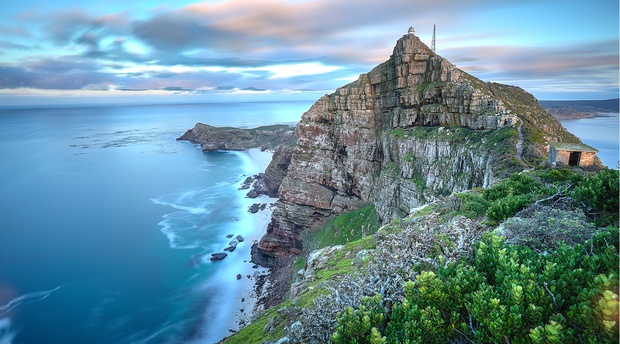 About a 60 kilometers drive from Cape Town, Cape Point lies within the southernmost tip of Table Mountains National Park, and is part of the Cape Floral Region, a UNESCO World Heritage Site and one of the richest areas of flora in the world.

Wildlife is diverse with about 250 species of birds as well as eland, Cape zebra, reptiles, and troops of brazen baboons.

Visitors can enjoy the view from the Cape Point lighthouse by taking the Flying Dutchman funicular or hiking up the steep stairs to the top. Other things to do in Cape point include whale watching, shipwreck spotting from the beach, and nature walks.

Discover Cape Point found in the Cape of Good Hope 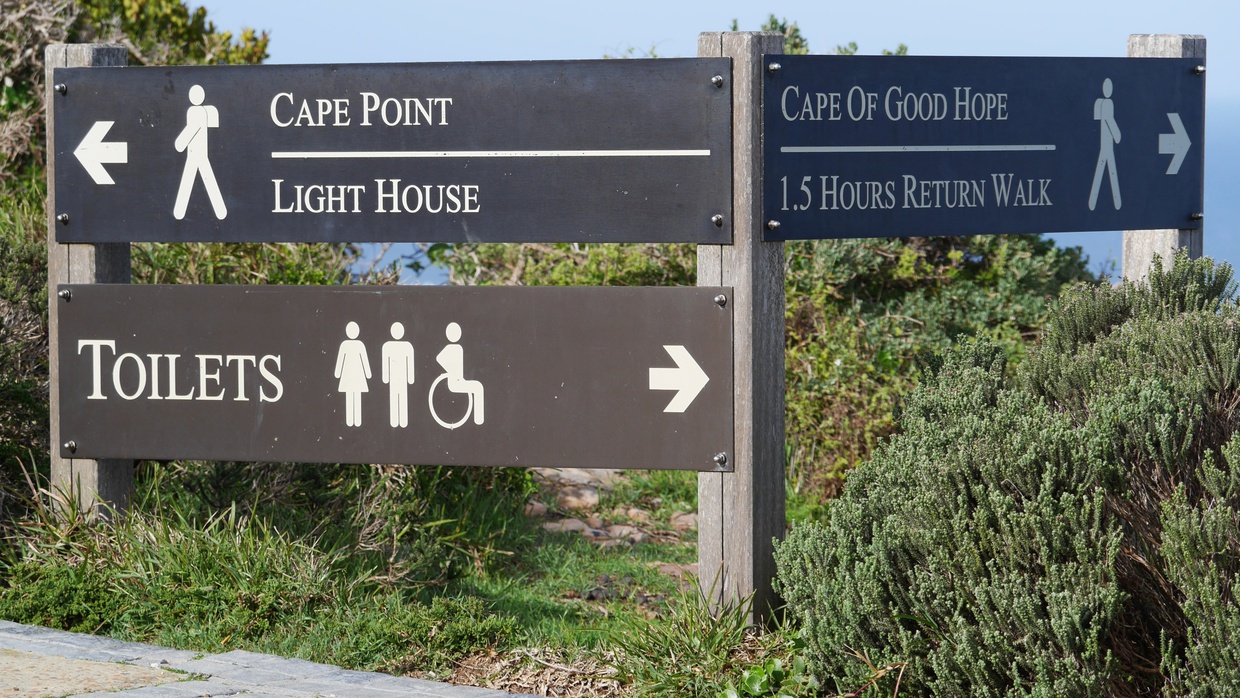 No Cape Town tour is complete without a visit to Cape Point. See one of South Africa's most admirable tourist attractions. Cape Point a World Heritage Site, is a spectacular nature reserve with one of the most famous landmarks in Cape Town, and for good reason. 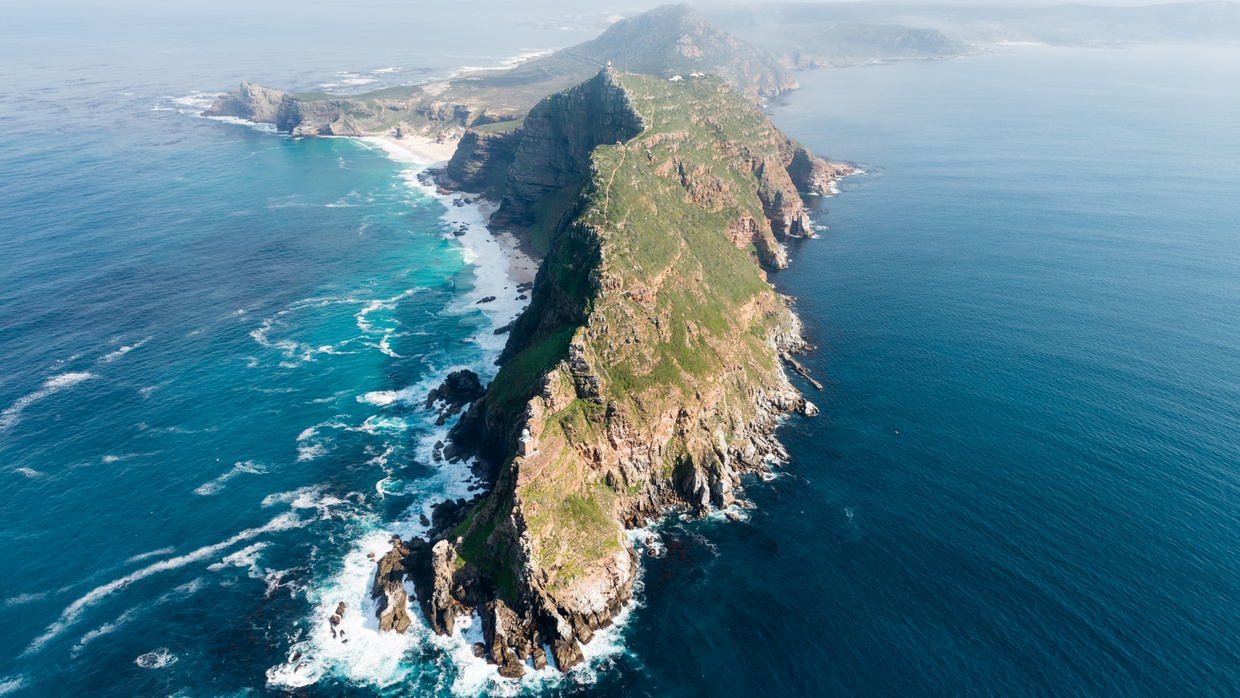 Where is Cape Point?

About a 60 kilometers drive from Cape Town, Cape Point lies within the southernmost tip of Table Mountains National Park and is part of the Cape Floral Region, which is a UNESCO World Heritage Site. Cape Point is situated on the very tip of the Peninsula, and not far from here, you'll find the Cape of Good Hope which is the most South-western point in Africa. 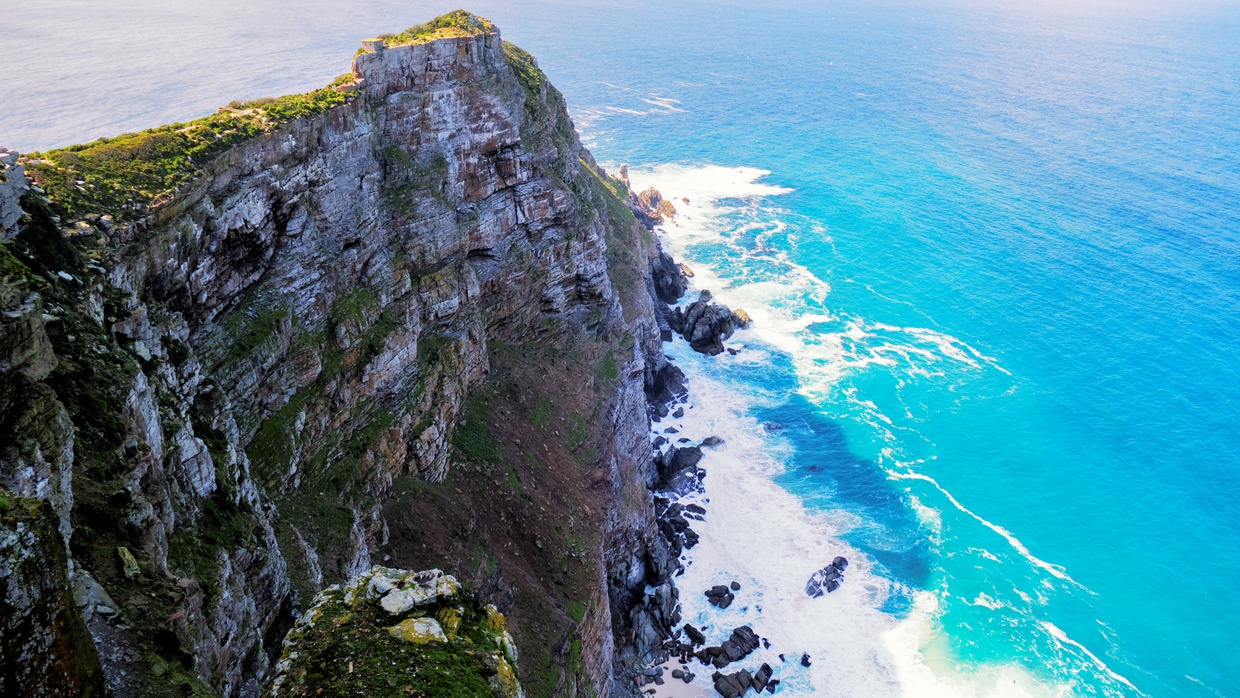 What is Cape Point

The Cape of Good Hope is a narrow, rocky promontory that juts out into the South Atlantic Ocean. You’ll find it at the southern end of the Cape Peninsula in the Western Cape province in South Africa. It is part of the Table Mountain National Park.

Cape Point falls within the southern section of Table Mountain National park. The natural vegetation of the areas – fynbos – comprises the smallest but richest of the world’s six floral kingdoms. 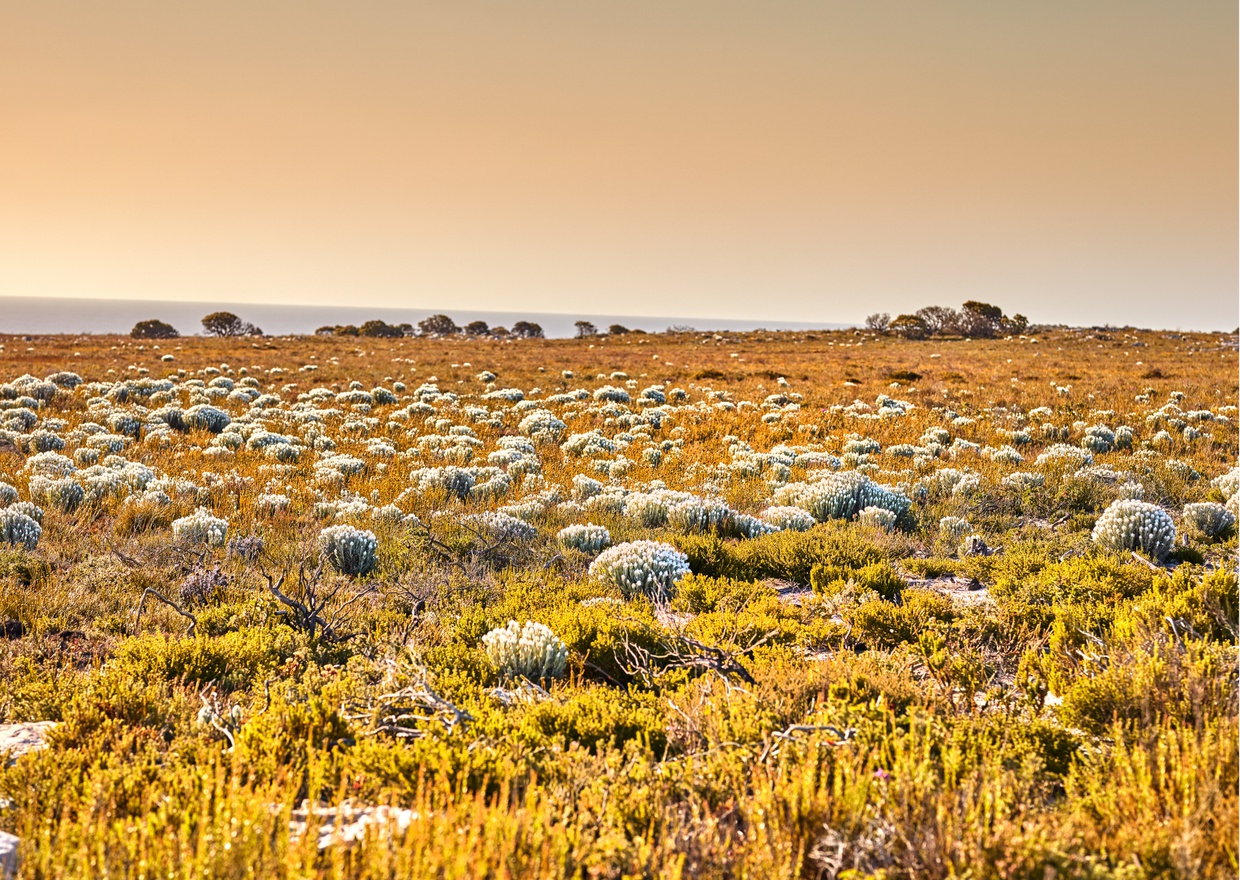 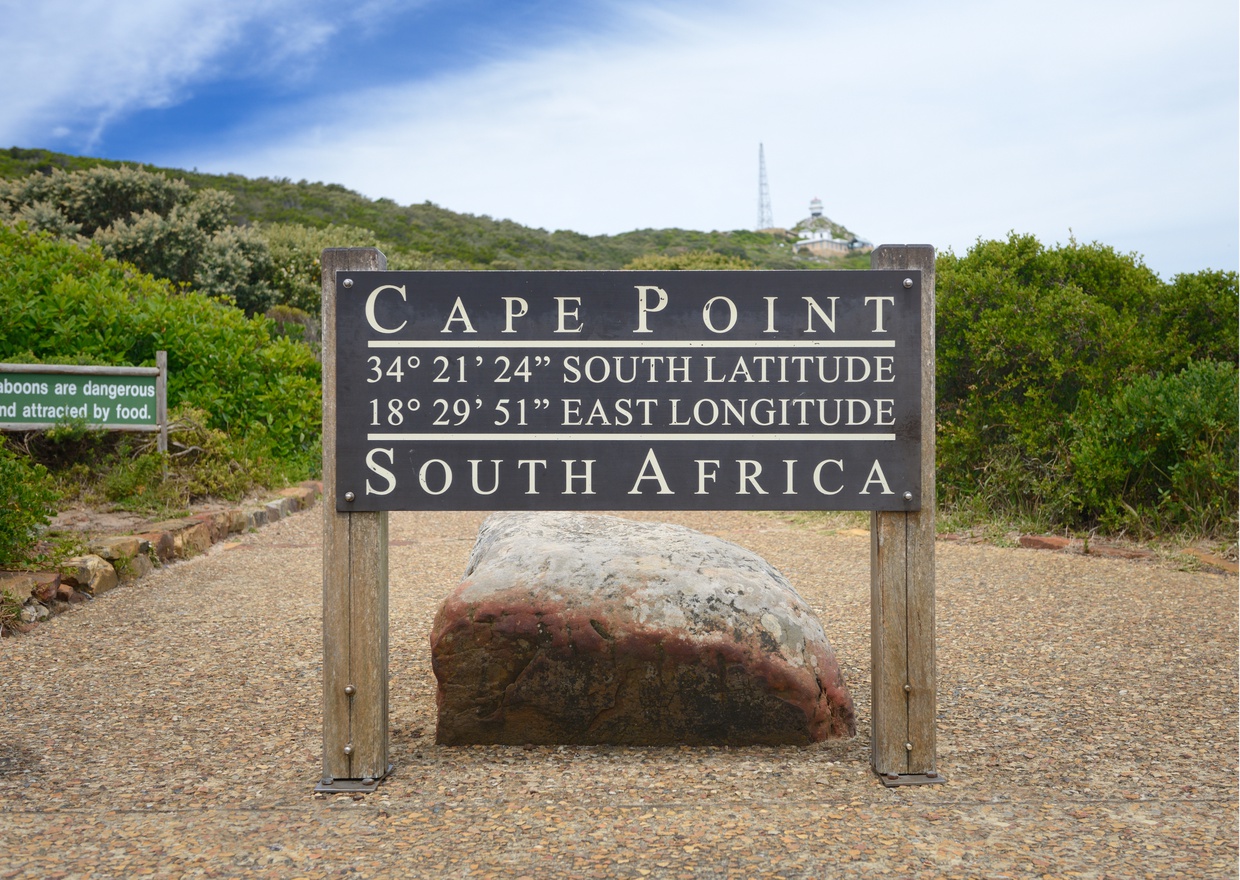 Many confuse the Cape of Good Hope to be either where the Atlantic and the Indian Ocean meet or the most Southern point of the African continent. It is neither. That title goes to Cape Agulhas which is 105 miles (170km) to the southeast. Cape Agulhas also defines the official geographic divide between the Atlantic and Indian Oceans. The Cape of Good Hope is the south-western point of Africa.

History of the Cape of Good Hope

The Portuguese explorer, Bartholomeu Dias was searching for a passage to India around the African continent and was the first to round the Cape of Good Hope in 1448. When he found the Cape of Good Hope, he wrote home to the emperor that he had reached the end of the continent, and therefore found a way to Asia. He called the spot, the Cape of Storms because of the notoriously dangerous coastline. Evidence of numerous shipwrecks litters the Cape coast from west to east, some of which may still be seen at Cape Point. Cape of Storms was renamed the Cape of Good Hope to reflect the optimism surrounding the discovery, and to attract more merchants to the Cape Sea Route that passed the southern coast of Africa. 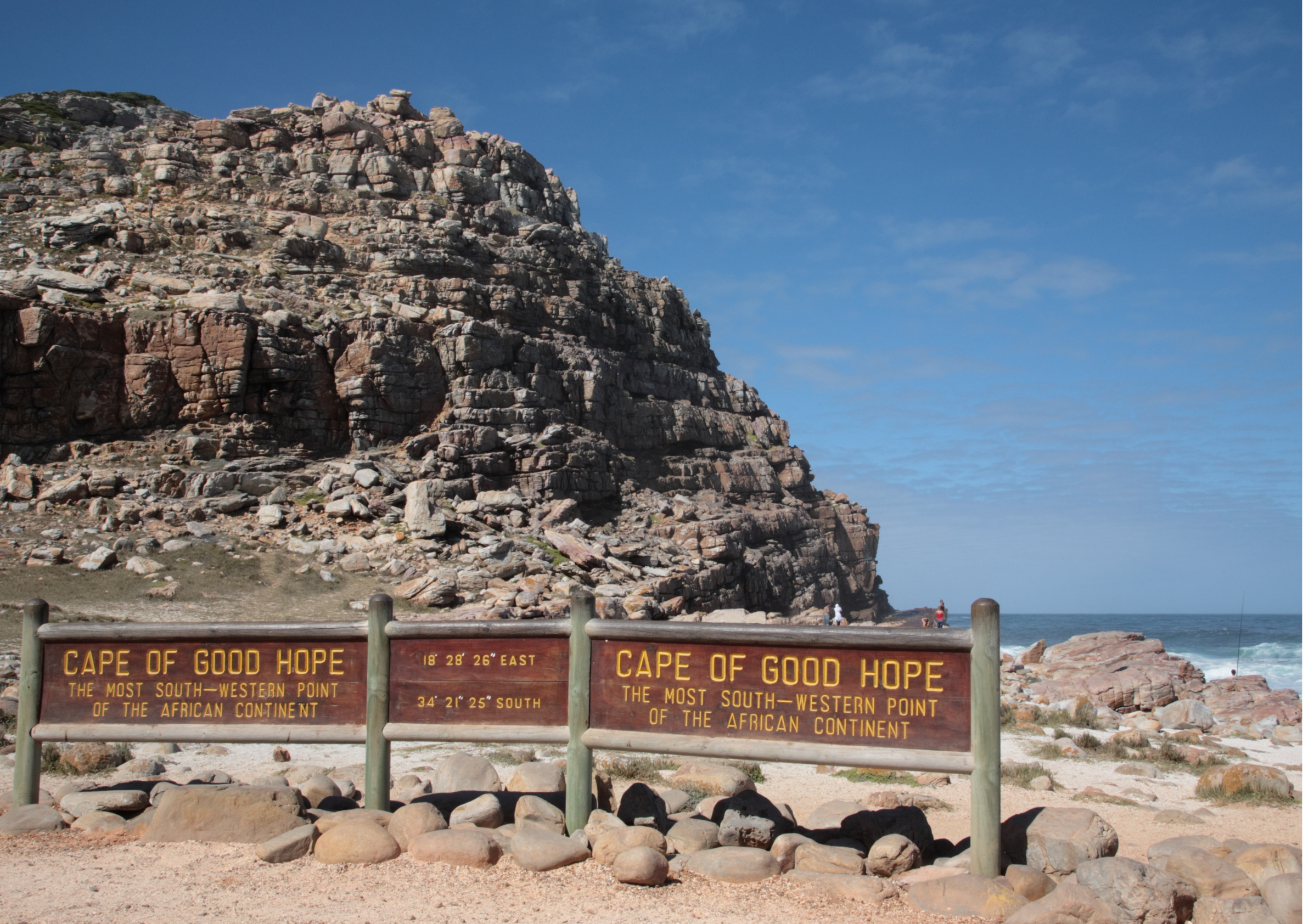 The reserve spans wide open landscapes with rocky cliffs, unique vegetation with over 250 species of birdlife, baboons, bucks, and the Cape Mountain Zebra. Rugged rocks and sheer cliffs towering more than 200 metres above the sea, cut deep into the ocean, offering spectacular vista along with rich bio-diversity.

With numerous beaches, dozens of amazing viewpoints, a fascinating maritime history, and plenty of unique fauna and flora, it’s impossible to fit everything that Cape Point has to offer in one visit.

After entering the park, you'll embark on a slow drive that takes you past endemic fynbos and you might catch sight of ostriches, eland, and other wildlife. You'll have ample time to explore Cape Point and the old lighthouse with a choice of either climbing a few steep steps or taking it easy with a three-minute ride in the Flying Dutchman funicular railway (not included in the price) that transfers visitors to the top. No matter which way you choose you'll be blown away by towering stone cliffs and breathtaking views of the glittering ocean and white sandy beaches. 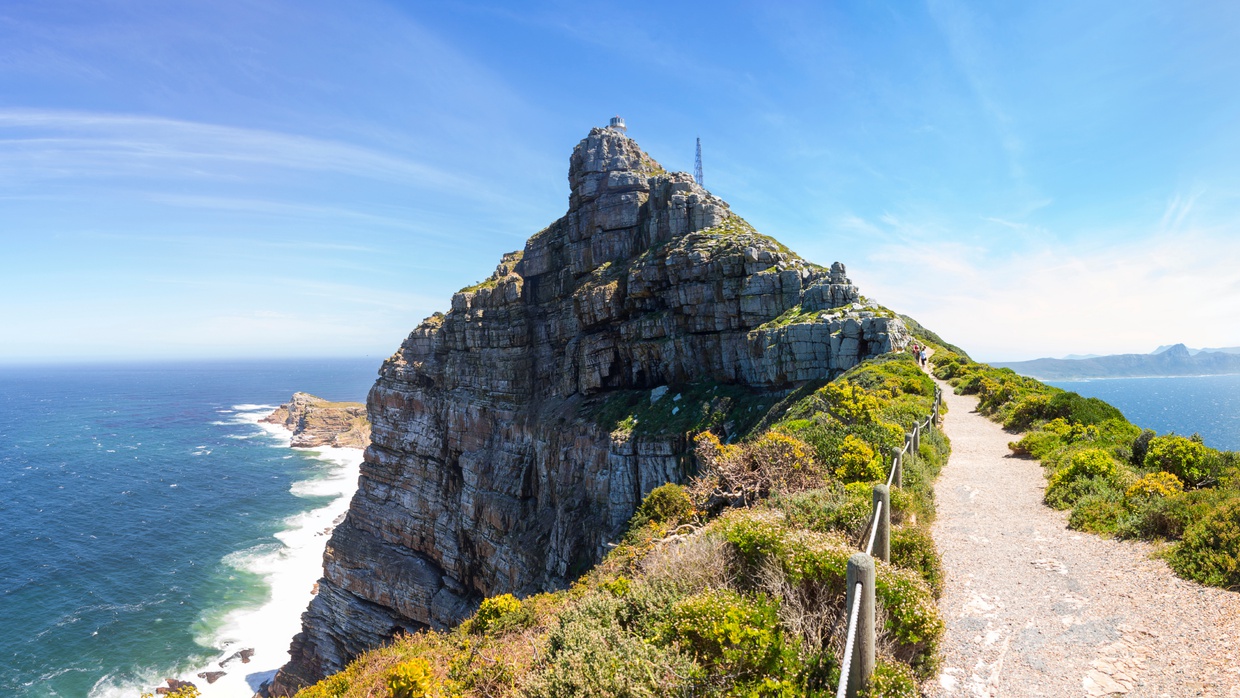 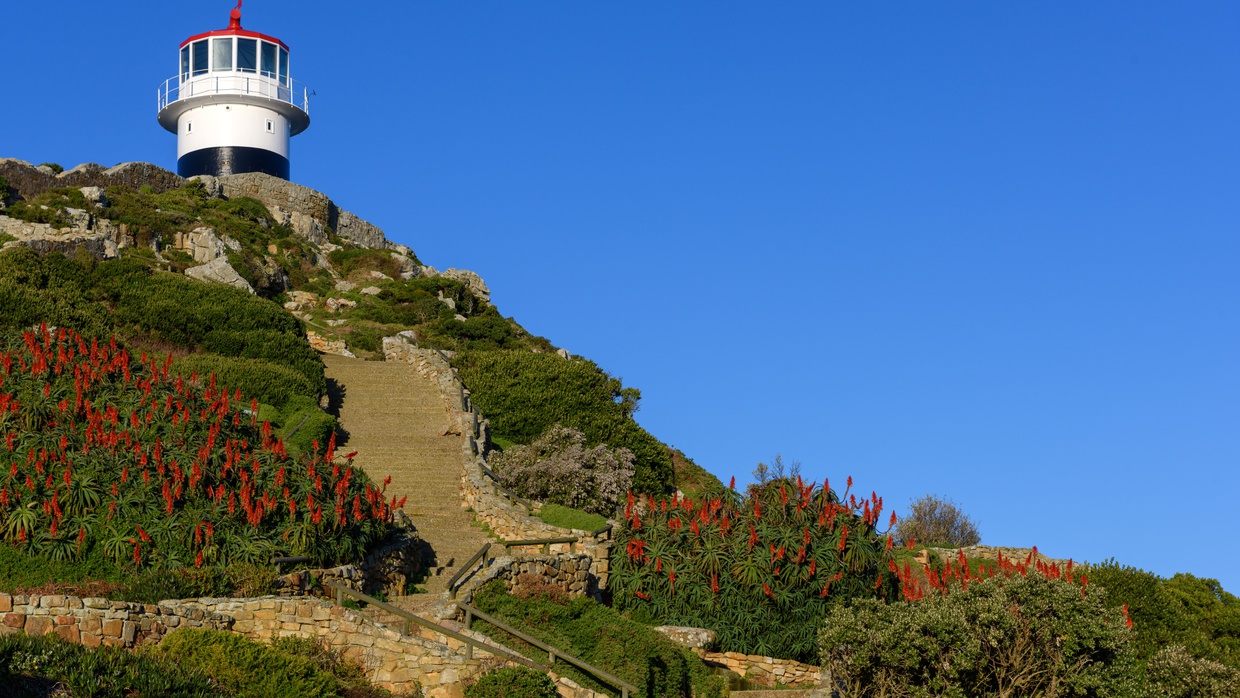 Spend free time browsing the souvenir shop and have a quick bite to eat (not included in the price) before we exit Table Mountain, National Park.

Interesting Facts about the Cape of Good Hope in South Africa

Plants thrive in the Cape of Good Hope

UNESCO designated the area as a World Heritage Site for the richness of its plant life. UNESCO describes the Cape Floral Region as “one of the world’s great centres of terrestrial biodiversity.” There are around 1100 plant species native to the Cape of Good Hope. This includes large quantities of ‘fynbos’ or ‘fine bush’ vegetation, for instance, erica's, proteas, cone bushes, and tree pincushions.

The Cape of Good Hope is a haven for wildlife 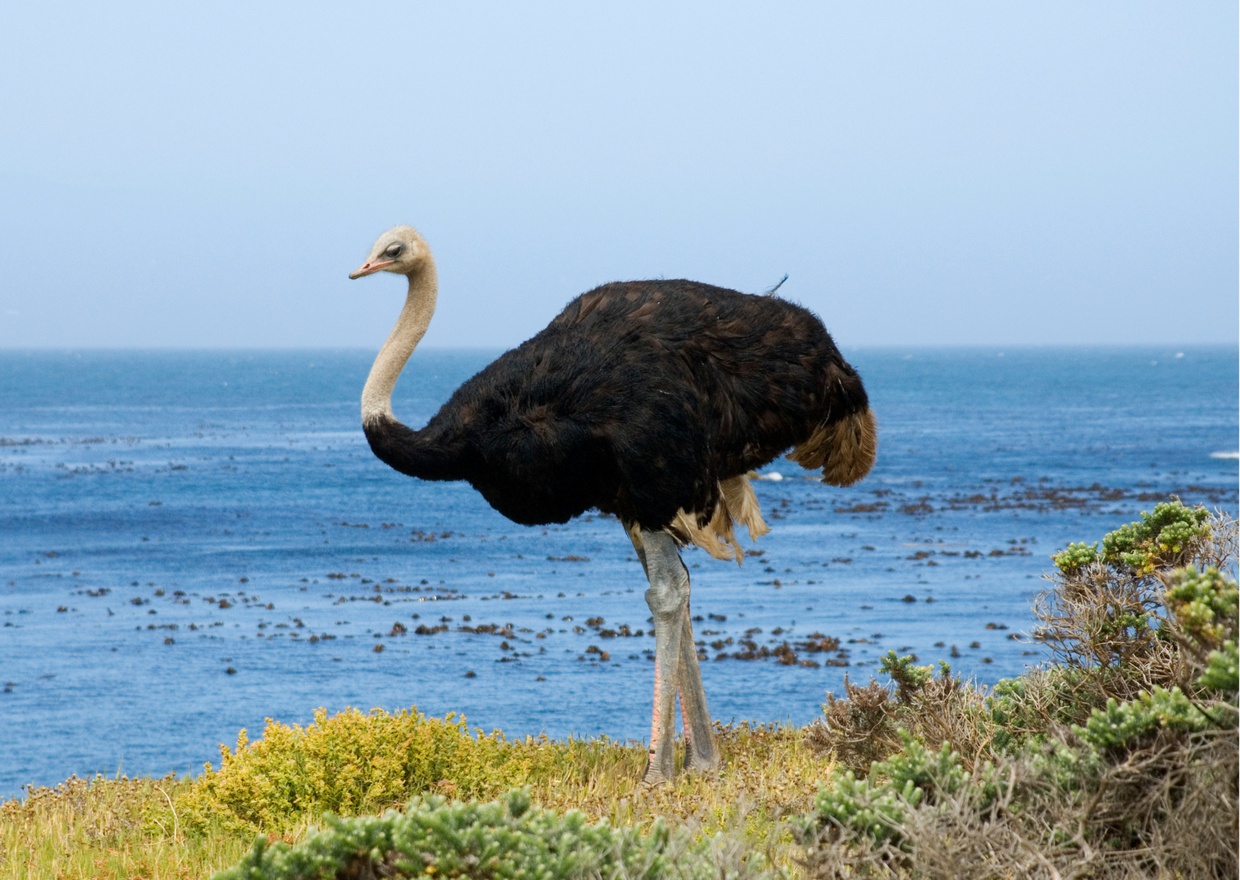 You’ll find around 250 different species of bird, including penguins, in the vicinity of Cape of Good Hope. Other animals also call this area home, like, various species of antelopes, reptiles, antelopes, otters, and rodents. Perhaps the most famous mammal living at the Cape of Good Hope is the Chacma Baboon. There are 11 troops consisting of about 375 individuals throughout the entire Cape Peninsula.

Popular things to see and do in Cape Point:

Hit the highlights of the Cape Peninsula with photo opportunities at the colourful houses in Bo-Kaap. Take a boat ride to a Seal Island in Hout Bay or go wine tasting in Noordhoek. Enjoy a scenic drive through world-renowned Chapman's peak. Discover spectacular sights at Cape Point, and see adorable penguins in Simon's Town. Explore the Peninsula at your own pace with a private tour guide/driver.

Hit all the top attractions of the Cape Peninsula with a private tour and flexible itinerary, just for you and your group. See the best of Cape Town City such as the Bo-Kaap, Camps Bay, Maiden's Cove, Chapman's Peak, Boulder's Beach penguins, and Cape Point. Take a boat ride and see Cape Point and Boulder's beach from a unique water perspective. Visit Noordhoek farm village or go wine tasting at a nearby winery. Explore the Peninsula at your own pace with a private tour guide/driver.