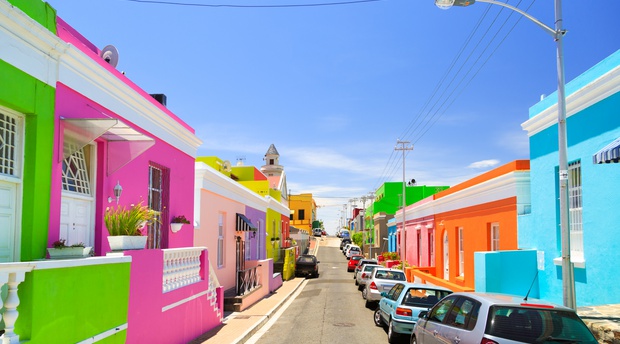 Stop in the Bo-Kaap (Cape Malay Quarter) situated at the foot of Signal Hill, on the fringe of the Cape Town city center for a memorable photo opportunity with colorful houses, which carries great historical significance. You may even have the chance to greet some of the friendly locals if they are in sight.

The Bo-Kaap is an area of Cape Town, South Africa that was formerly known as the Malay Quarter. It is a former township, situated on the slopes of Signal Hill above the city centre and the historical birthplace of the Cape Malay culture in Cape Town.

The Bo-Kaap’s origins date back to the 1760s when numerous “huurhuisjes” (rental houses) were built and leased to the slaves known as Cape Malays who were brought from Malaysia, Indonesia, and the rest of Africa to work in the Cape.

The choice of house color is said to be attributed to the fact that while on the lease, all the houses had to be white. When this rule was eventually lifted, and the slaves were allowed to buy the properties, all the houses were painted bright colors by their owners as an expression of their freedom.

The houses are a mix of Cape Dutch and Georgian architecture, in distinctive multi-coloured rows on steeply cobbled roads. The best place to discover the real history of the area and to get a glimpse into the life of a typical Malay family is at the Bo-Kaap Museum on Wale Street which is the oldest building in the Bo-Kaap. 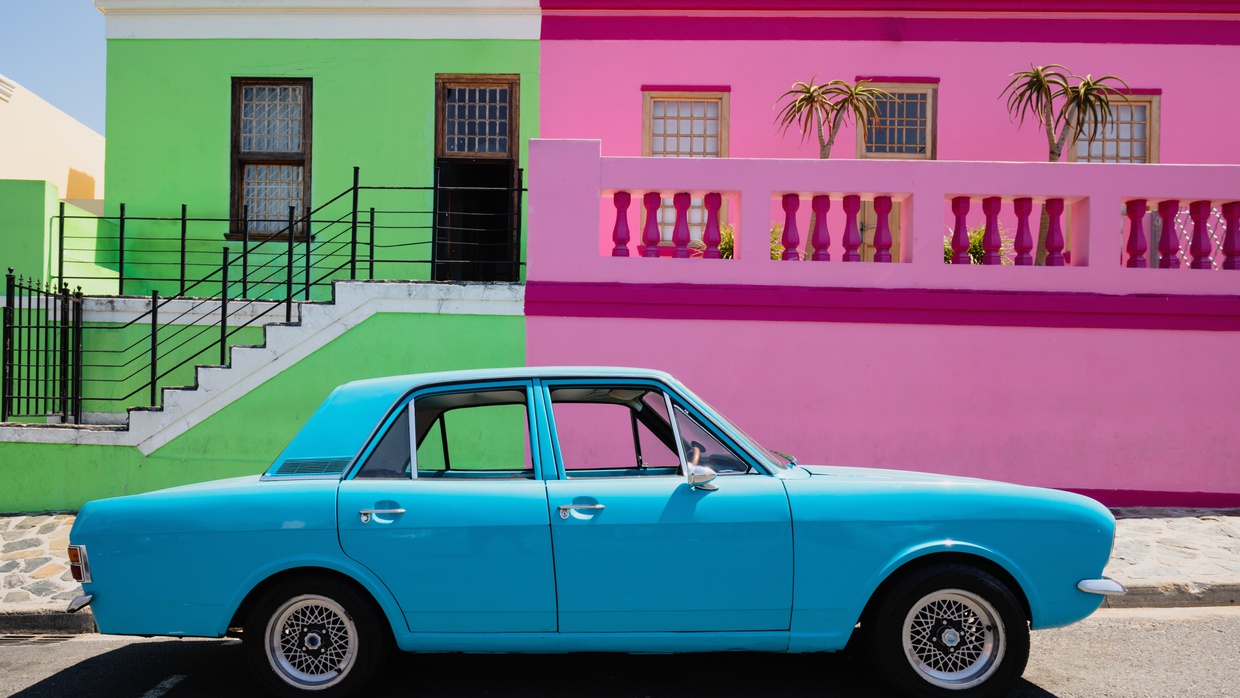 The best things to do in the Bo-Kaap

When To Go to the Bo-Kaap

The Bo-Kaap can be visited all year round.

Discover the many attractions Cape Town has to offer on this full-day Cape Town sightseeing tour. See the best and top highlights of Cape Town City such as the Bo-Kaap, Kirstenbosch Botanical Gardens, Camps Bay beaches, historical Museums, Monuments, and the beautiful Table Mountain.

Hit all the highlights of the Cape Peninsula with photo opportunities at the colourful houses in Bo-Kaap & Maidens Cove. Take a boat ride to Seal Island in Hout Bay. Enjoy a scenic drive through world-renowned Chapman's peak. Discover spectacular sights at Cape Point and see adorable penguins at Boulders. This full-day private guided tour the Cape Peninsula is one of the best top 10-day tours and trips in Cape town. A perfect addition  to your Cape Town vacations and holidays for couples, youth, seniors, and families alike.