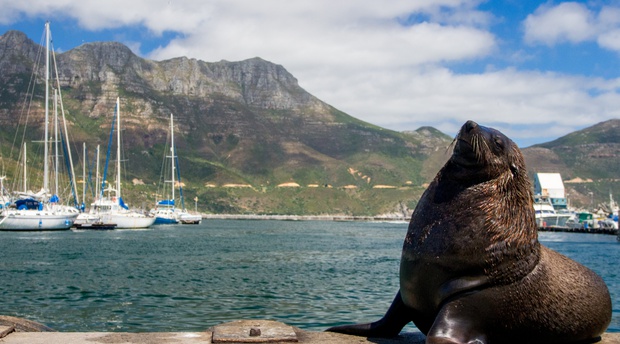 The Cape Peninsula tour itinerary includes a stop in Hout Bay, a small fishing village with a beautiful beach, fresh seafood, the Bay Harbour Market, and plenty of restaurants that make this a must-see-visit on any Cape Town tour. 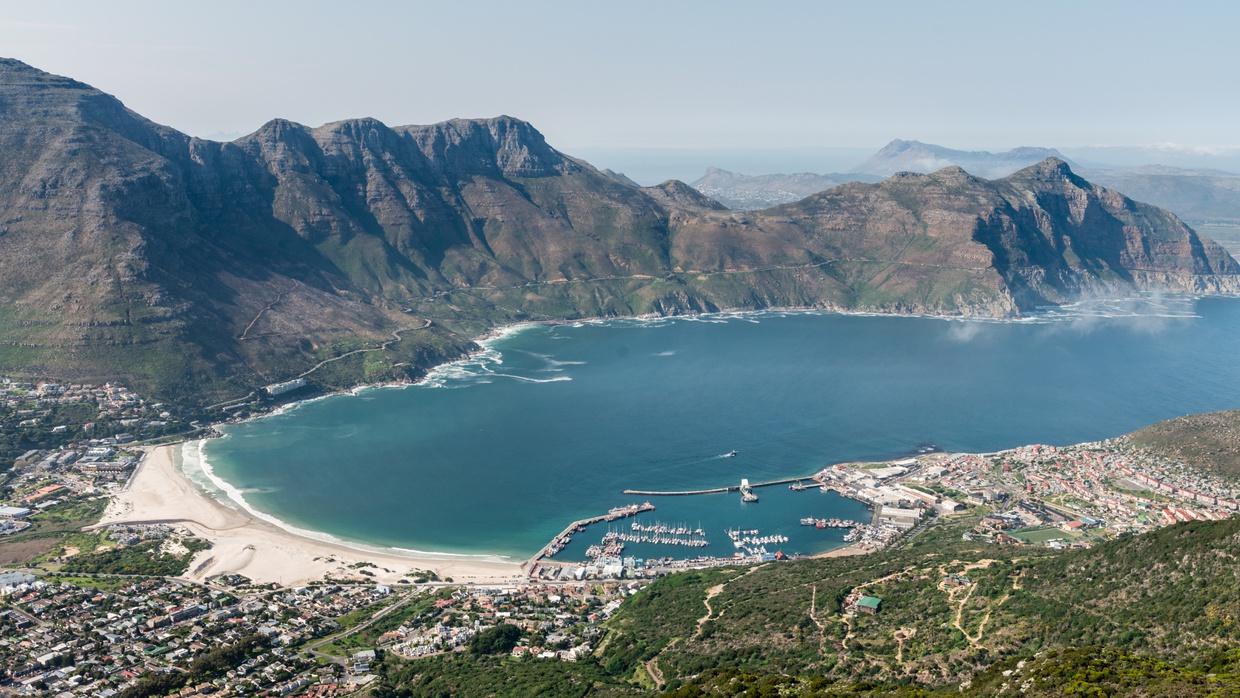 Where is Hout Bay in Cape Town?

Hout Bay is a harbour town surrounded by mountains and the Atlantic Ocean. Found in the Western Cape province of South Africa, Hout Bay is situated in a valley on the Atlantic seaboard of the Cape Peninsula and found on the northern side of Chapman's Peak Drive, which is only about a 20-minute drive from Cape Town.

A brief history of Hout Bay

The name Hout Bay dates back to 1653, and relates to the quantity of excellent timber, from the Yellow wood trees, which early Dutch settlers found growing in the ravines.

The East and West forts built by the Dutch in the 18th century can also be visited, with the original cannons and barracks still standing on the slopes of Chapman's Peak. The East Fort is the oldest operating gun battery in the world.

Between the 1980s and 1990s, this seaside town had its very own passport as evidence of “citizenship”. Hout Bay promoted itself as The Republic of Hout Bay, as a tourism gimmick, which included printing fake "passports". Capetonians were fascinated by the idea, and this drew visitors in their droves. 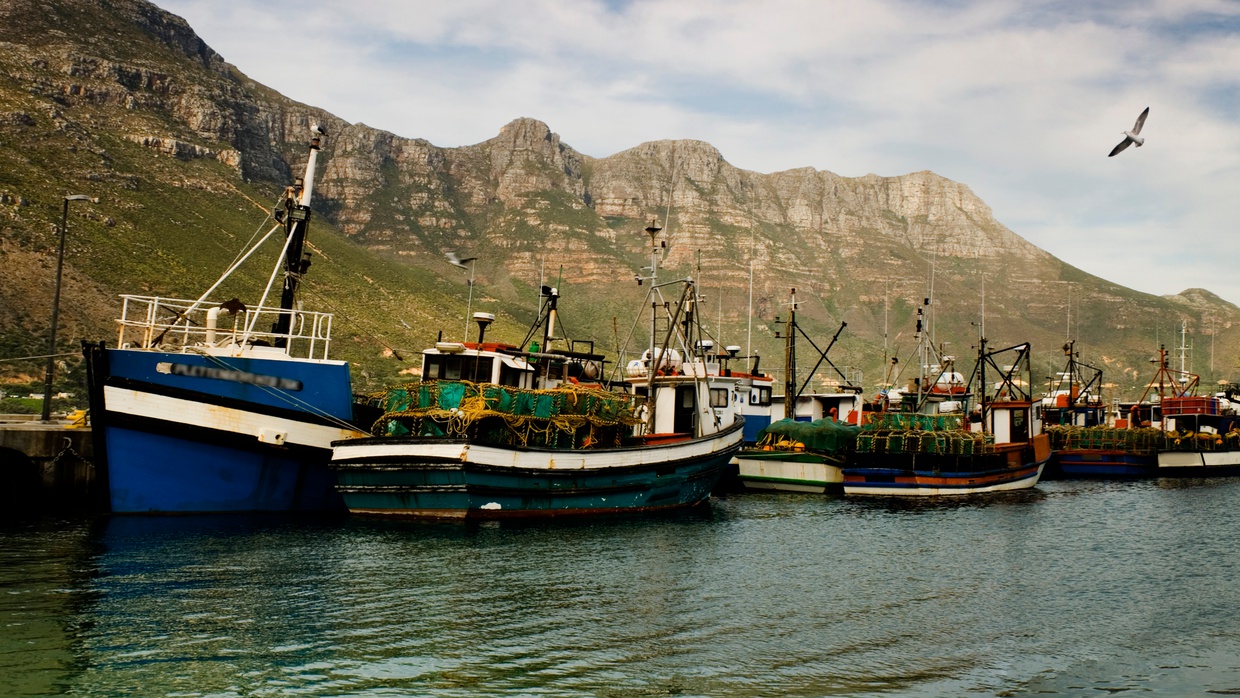 What does Hout Bay mean?

The town’s name is derived from Houtbaai (a Dutch word meaning “Wood Bay”) and was named by Dutch settlers while they explored the bay behind Table Mountain. Its heavily wooded valley became the main source of timber for the building and repairs of ships as well as for buildings such as the Castle of Good Hope. 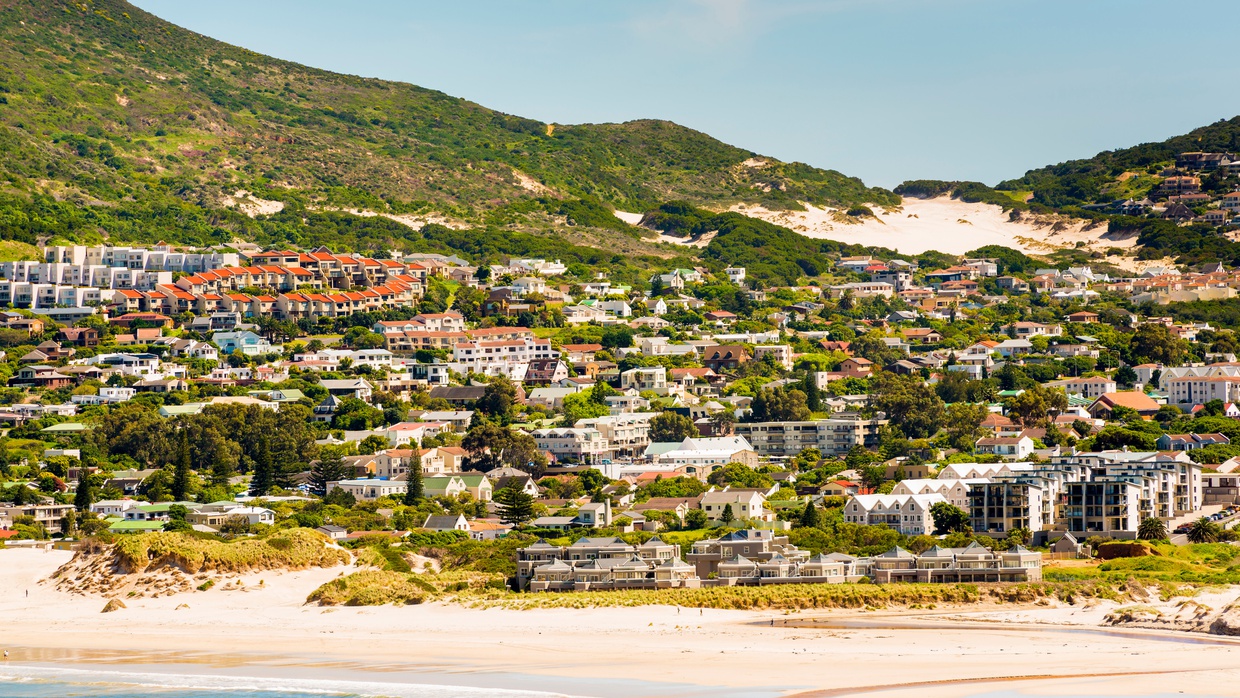 As a historic fishing village, Hout Bay's ambiance and scenery make it a tourist attraction among both local and international visitors. There are a variety of restaurants in the village as well as two hotels (the Hout Bay Manor and the Chapman's Peak Hotel), along with several bed and breakfasts and self-catering accommodation options.

The main informal settlement in the Hout Bay area, Imizamo Yeth,u, is situated within a community consisting of both affluent and middle-income citizens. 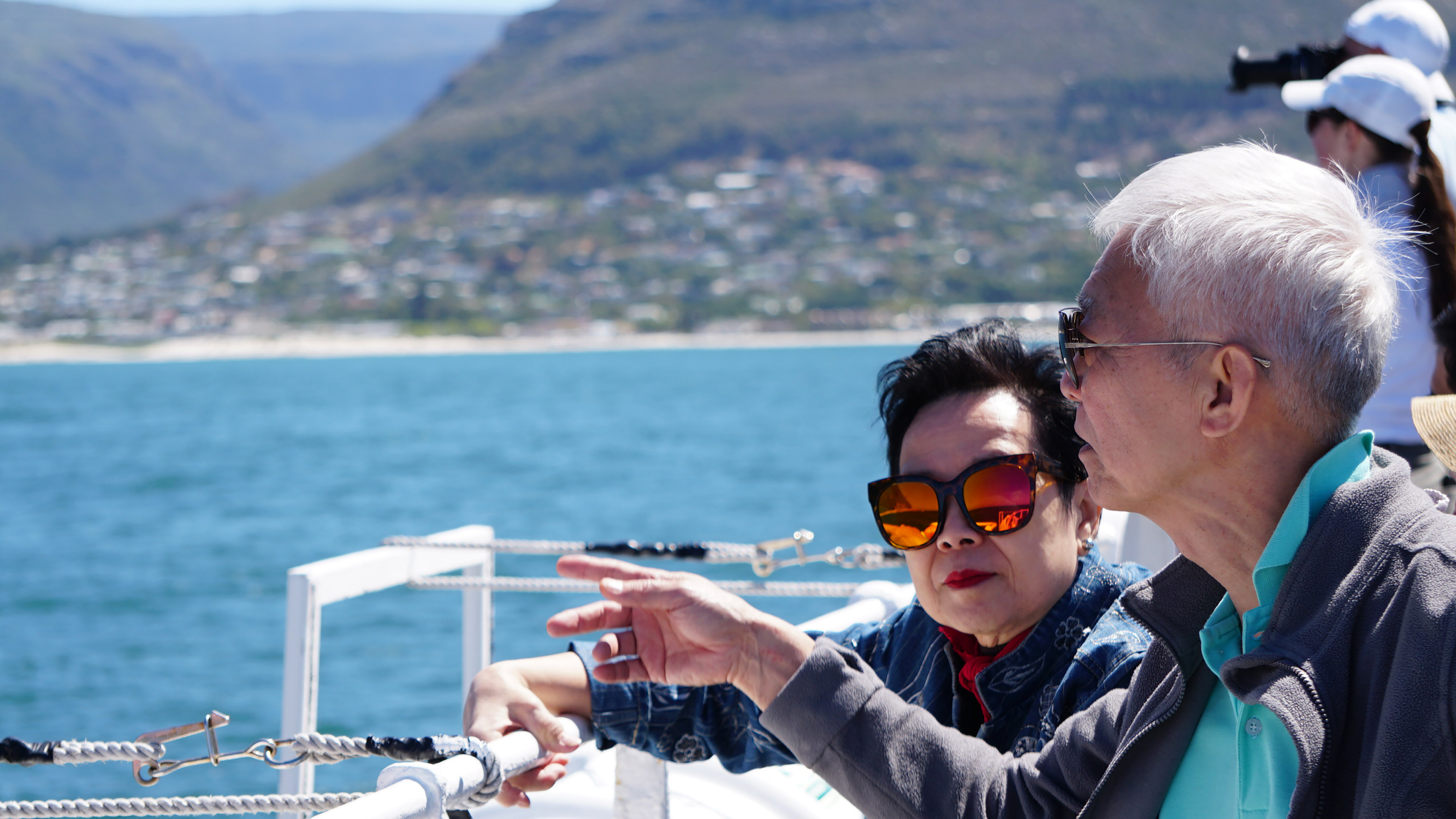 Things to do in Hout Bay

Chapman's Peak Drive is a scenic mountain drive and underwent renovations to ensure the safety of travellers using the route. Along the route is a bronze statue of a leopard on a rock at the water's edge. 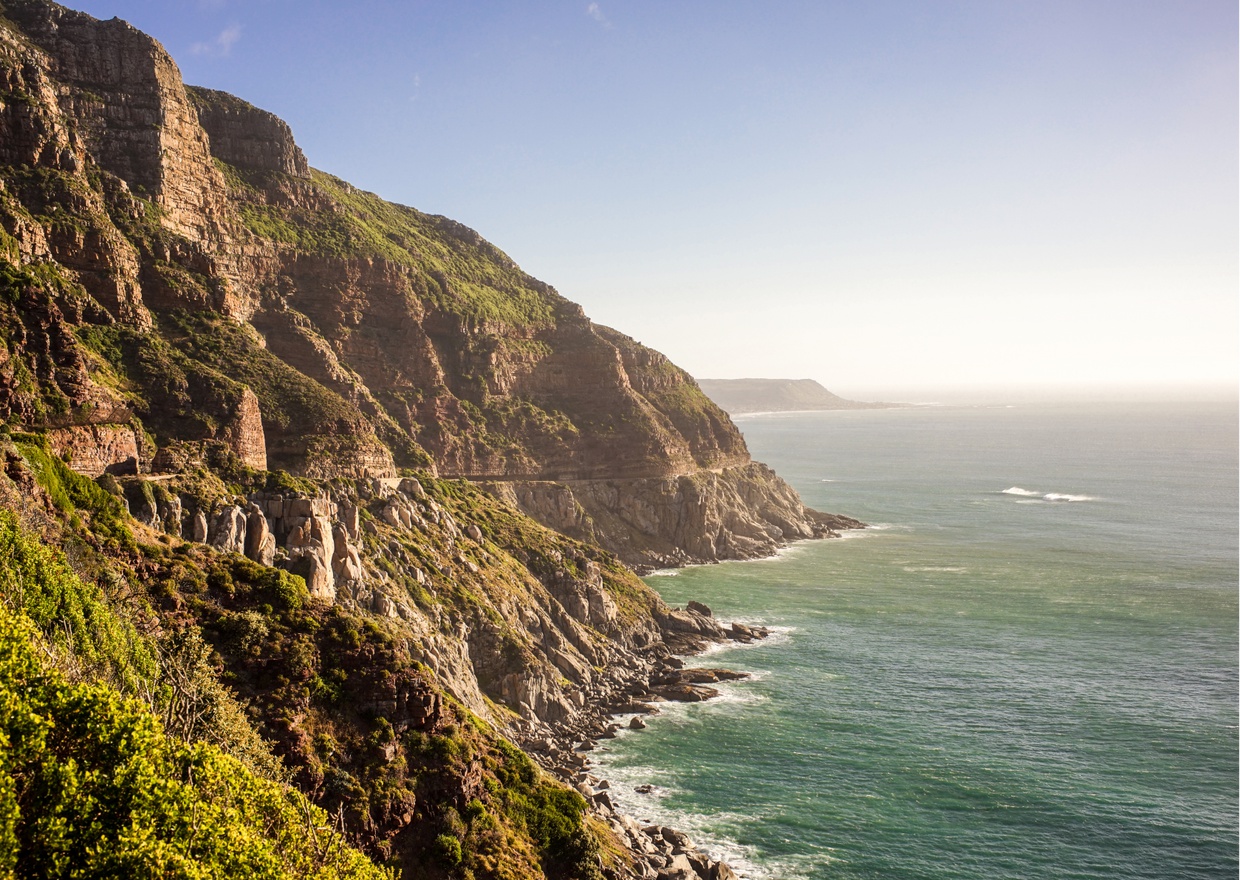 The harbour has restaurants, fresh fish outlets, and craft stores, with views of the bay

Some of the biggest waves in the world are found here and these attract surfers from all over the world during the winter months (June - August). Local boat operators provide the opportunity to watch and take photographs of the site.

The Hout Bay Yacht Club is situated in the working harbour and provides moorings for both recreational, fishing and sailing boats.

The coastal dunes at Hout Bay are less touristy and mostly cater to locals who go there for sandboarding. If you're looking to experience sand-boarding in Cape Town speak to a travel consultant now. 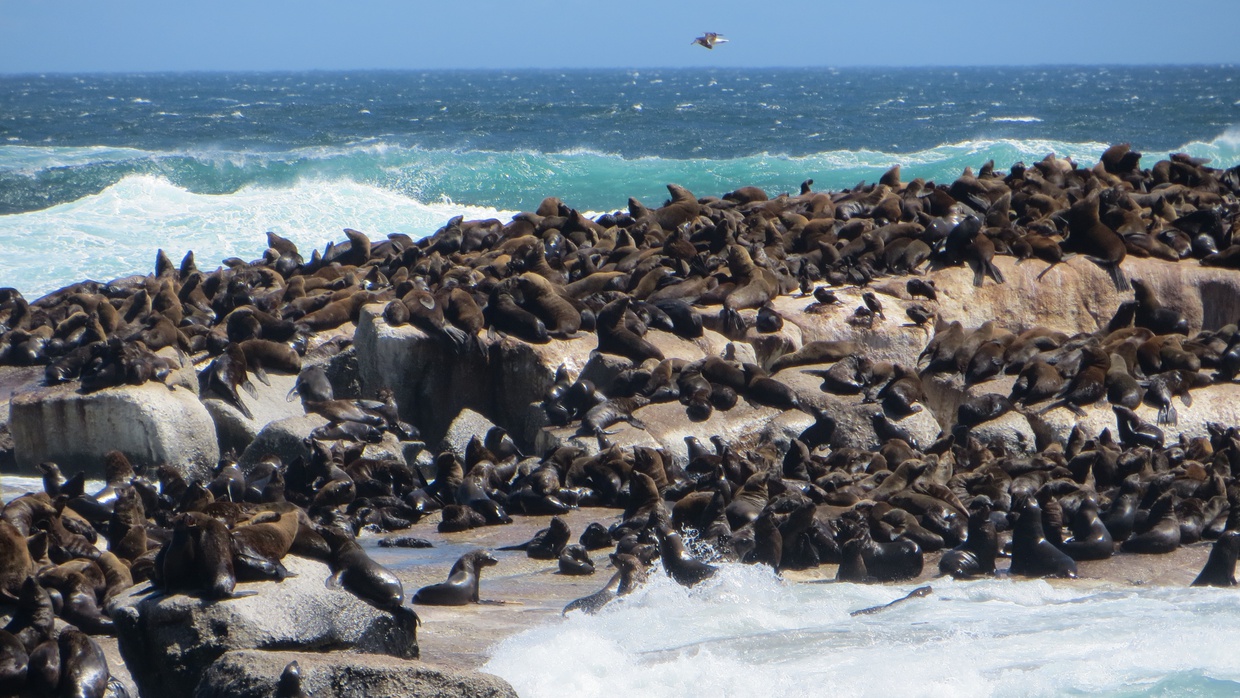 Take a 45-minute boat ride to Duiker Island, one of the leading tourist attractions in Hout Bay. This craggy granite outcrop has long been a popular part of the Western Cape’s coastline, earning the nickname Seal Island. The seal colony is not a breeding colony as the island has rough waters with the risk of seal pups washing away. The breeding time for Cape Fur seals generally takes place during November/December but on Duiker Island, you will see mainly male seals waiting to “come of age” for breeding.
Between January and March, you will see over 6000 Cape fur Seals populating the island as well as a variety of seabirds and cormorants.

If you are in the mood, and the weather is good, you can join a thrilling boat cruise to Duiker Island, a jagged expanse of rock that's home to thousands of Cape fur seals and seafaring birds. Get an up-close view, from the water, and watch these lively and playful seals lazily basking in the sun and rolling around on the rocks (not included in the rate).

Or, take a stroll around the popular mariner wharf and harbour where you’ll see friendly seals pop up for treats or do some shopping for local African art and crafts at the market. 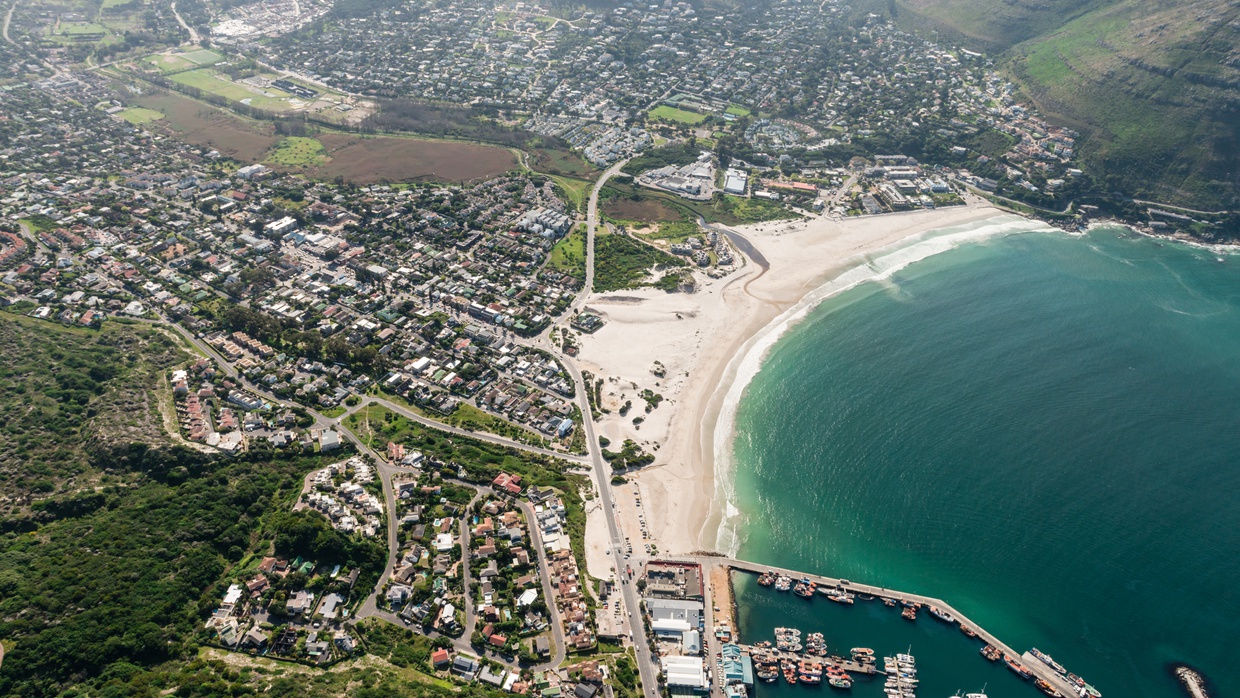 Hit all the highlights of the Cape Peninsula, on a private guided tour with photo opportunities at the colourful homes in the Bo-Kaap and Maiden's Cove. Discover Chapman's Peak, Boulder's Beach penguins, and Cape Point. Take a boat ride in Hout Bay to a nearby seal Island or go wine tasting in Noordhoek, with an optional wine pairing with freshly shucked oysters.