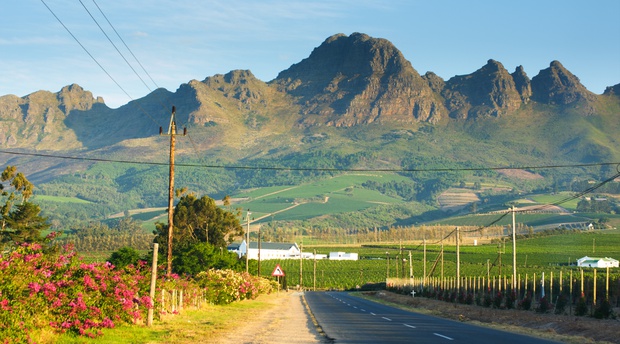 Travelling east from Cape Town lies the charming Stellenbosch wine-growing region in the Cape Winelands. Well-known for its high-quality and consistently good wines, this popular wine route has been around since 1971 and excels at producing Bordeaux-style blends along with the award-winning South African signature variety – Pinotage. 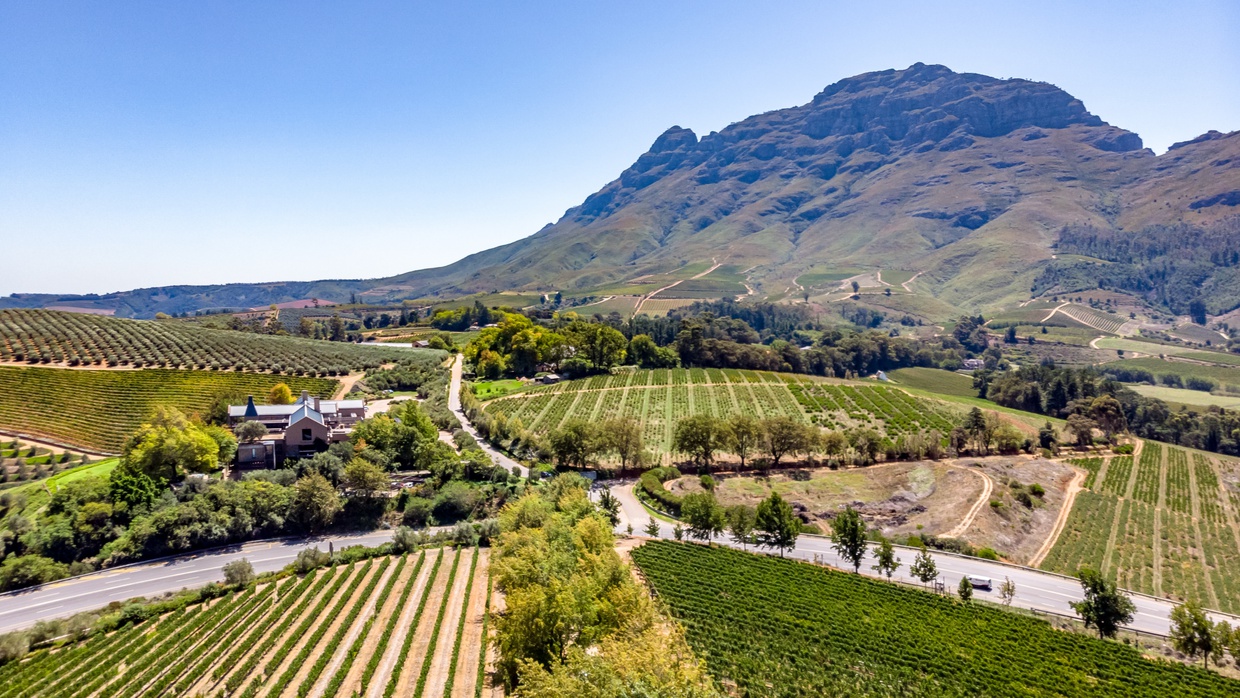 Stellenbosch is a university town in South Africa's Western Cape province. It's surrounded by the vineyards of the Cape Winelands and the mountainous nature reserves of Jonkershoek and Simonsberg. The town's oak-shaded streets are lined with small cafes, clothing boutiques and art galleries.

Stellenbosch is South Africa's second oldest town and has fondly been called ‘Eikestad’ or city of oaks. Stellenbosch is world renowned for its natural beauty and oak-lined avenues, Cape Dutch architecture, history and culture – and of course its Cape winelands routes and fine wines.

South Africa’s history as a wine producing region began with Dutch colonization in the seventeenth century with the first vineyards being planted in the Constantia Valley. and winemaking quickly spread throughout the Cape. By the late eighteenth century, South African wines were well known in Europe.

Stellenbosch lies in a fertile valley surrounded by vineyards, orchards and mountains and following the discovery of the valley in 1685 by Simon van der Stel in 1679 the village of Stellenbosch was founded. You'll see some of the most beautiful surviving examples of Cape Dutch, Georgian and Victorian architecture found in the Cape with restored Cape Dutch architecture dating from the 18th and 19th centuries.

Its gardens and parks include the Braak, a square set aside in 1703 as a military parade ground.. Dorp Street is a national monument and taking the time to walk around this old part of Stellenbosch, with its secluded lanes, water furrows, cosmopolitan restaurants and coffee bistros, with superb views of mountain, vineyards and orchards, is an idyllic morning venture. 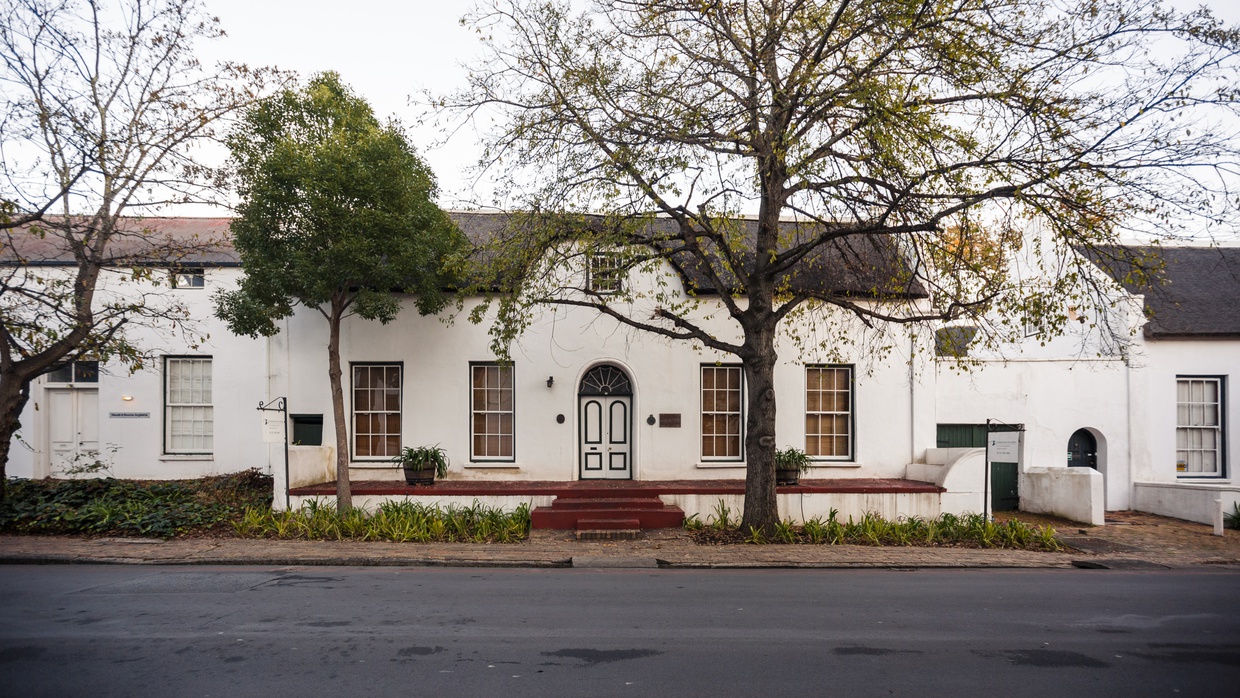 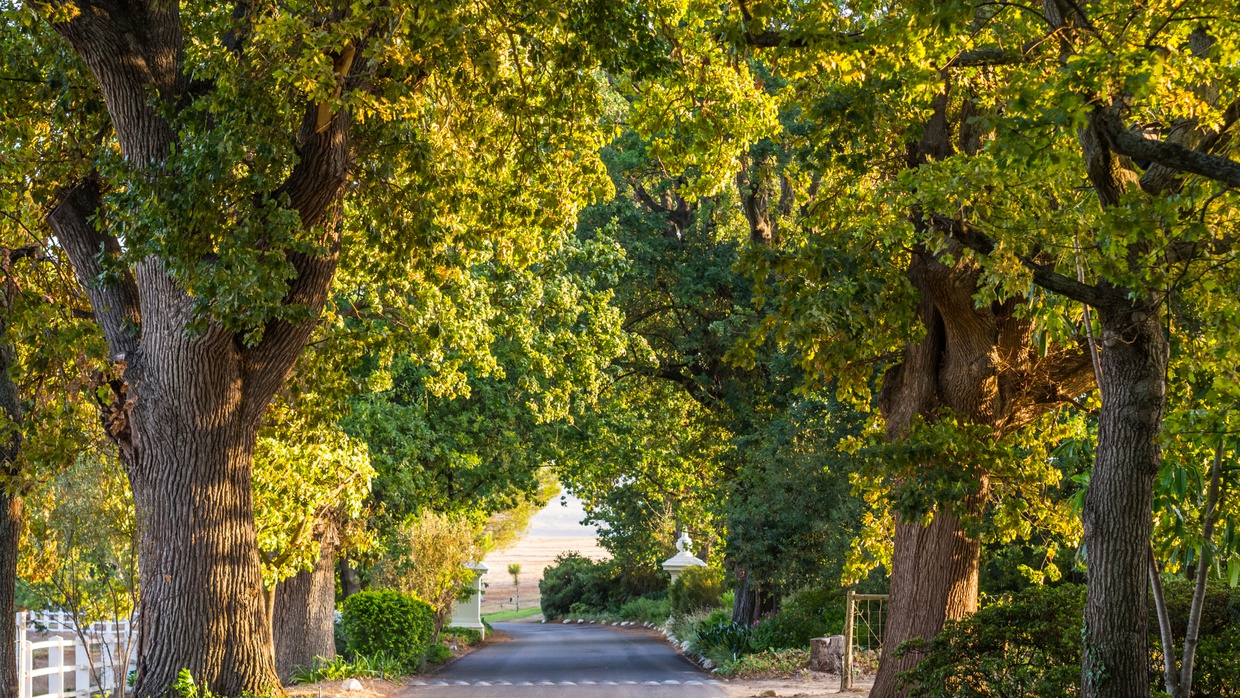 What is Cape Town wine is known?

The Cape wine growing regions grows a number of international grape varieties: Cabernet Sauvignon, Shiraz, Sauvignon Blanc, to mention a few, but Chenin Blanc, Cinsalult and Pinotage represent their main indigenous varieties. Try Stellenbosch Cabernet Sauvignon that has a good reputation as a fine wine. Stellenbosch is a good starting point to go on a wine tasting tour in Cape Town as its one of the oldest wine producing regions in South Africa.

The beautiful little town of Stellenbosch, roughly an hour from Cape Town, is surrounded by the Stellenbosch Mountains in the Jonkershoek River Valley in one of the most picturesque settings in the Cape. The district of Stellenbosch is located just east of Cape Town within the Western Cape and along with Paarl and Franschhoek helps to form the famed Cape Winelands. Stellenbosch is of the oldest and most important wine producing regions in South Africa

How many wineries are in Stellenbosch?

There's always a vineyard to be explored and currently there are 130 Wine estates in the Stellenbosch Valley, with more than 100 wine cellars, that are open to the public, offering daily wine tasting tours.

Winter brings festivals celebrating the local vintages. One of the main attractions of Stellenbosch is the annual Stellenbosch Wine Festival, a two-day showcase of local wines that gets held at Stellenbosch Town Hall. 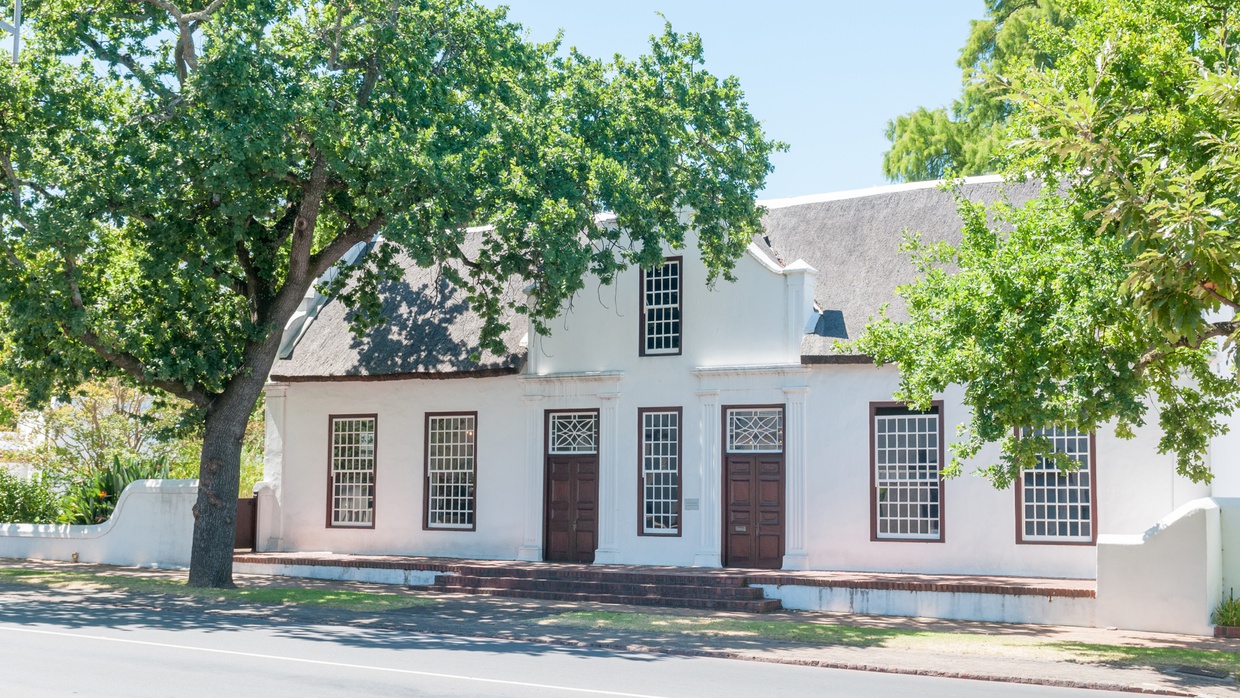 What wine is Stellenbosch known for?

The region has a Mediterranean climate with hot dry summers and cool wet winters. Stellenbosch lies at the foot of the Cape Fold mountain range, which provides a wide range of soils in the area, from light, sandy soils to decomposed granite that are favorable  to viticulture. The grapes grown in this area are mainly used for the production of wine, as opposed to table grapes.

What is Stellenbosch know for?

Stellenbosch is an academic and farming community and is one of the best preserved towns in South Africa. Renowned for its Cape Dutch buildings, university, rugby and wines, this beautiful town is surrounded by wine farms, and abuzz with tourists and locals with excellent hotels, wine shops, cafés, restaurants, boutiques, art galleries and museums.

The name ‘Stellenbosch’ is almost synonymous within the wine industry. Not only does it have the oldest wine route in the country, and arguably the most famous, but the town has one of the most experimental wineries in the world, with the only viticultural and oenological department in the South Africa and based at Stellenbosch university. 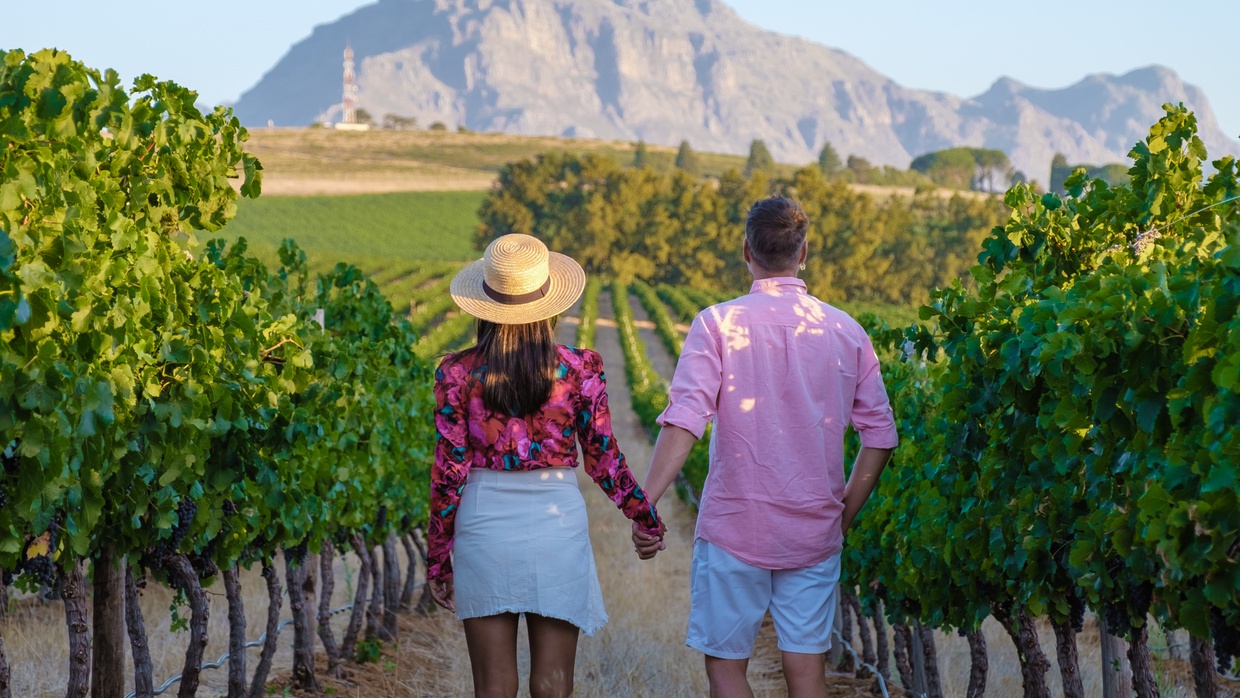 You'll find Stellenbosch Tourist Information Office and the Stellenbosch Wine Route Office in Market Street -  Discover Stellenbosch on foot with many of the historical buildings close and make a stop to these attractions in Stellebosch.

Things to do in Stellenbosch

Steeped in rich history, the historic town center of Stellenbosch has always attracted tourists and locals alike to spend a day exploring with attractions that offers something for everyone like the quirky trading-post style shop Oom Samie se Winkel, the Neo-Gothic Moederkerk church, and museums dedicated to toys, military memorabilia, autos and the early life of the Cape colony.

It’s no surprise that historic Stellenbosch boasts more than one museum.

The Cape Dutch architecture gives a real sense of South Africa's Dutch colonial history, and you can learn more about this at the Village Museum's period houses.

Don't miss a visit to Market Street in the town square, known as Die Braak, for a self guided walking tour that will take you past the VOC Kruithuis (Powder House) (1777), the Old Rhenish Mission, the Church of St Mary (1852), the Coachman's Cottage and the old Burgerhuis (1797) which are all worth visiting.

South Africa’s oldest music school, the famous Stellenbosch Conservatoire, is an important cultural centre, with a collection of galleries and museums housing national and international art collections that's worth viewing.

For the nature lover there are a number of excellent hiking trails in the Jonkershoek Nature Reserve or embark vineyard hike on the slopes of the Papegaaiberg that winds through magnificent vineyards, forests, olive groves and coastal renosterveld. 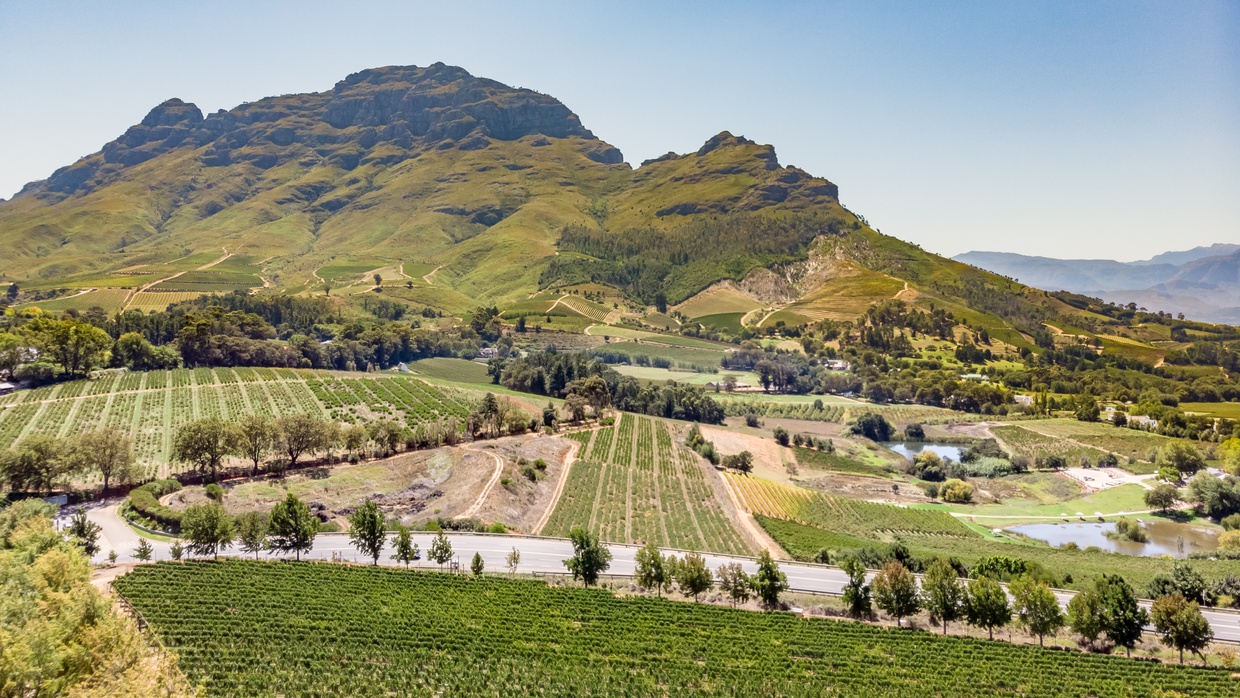